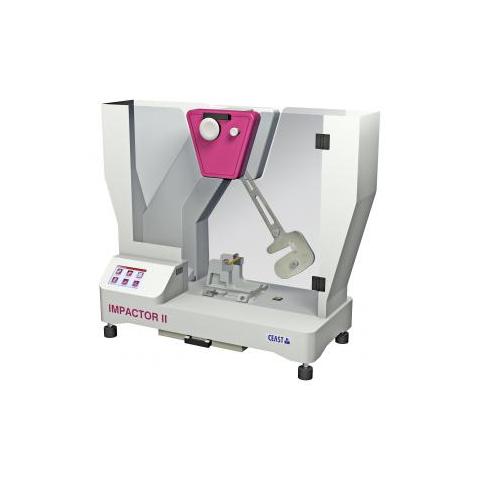 The CEAST 9050 impact pendulum is designed for determining the resilience of thermoplastic materials to impact. Tests conform to internationally recognized standards belonging to Charpy, Izod, Pipe and Tensile Impact methods, ranging in energy from 0.5 - 50J. Plastics, composites and metals can be tested using various configurations of the 9050 pendulum.

The CEAST 9050 consists of a monolithic metal structure, testing components such as hammers, vises, and supports and a high-resolution touch-screen display. The monolithic frame lends the pendulum remarkable rigidity, and the testing components are readily interchangeable with different sizes of hammer and support vice. Additionally, the versatile on-board touch-screen is used by the operator to insert and select test parameters, view results, and, in the motorized version, control and automate the pendulum. Connection ports on all versions of the model include an Ethernet for connection directly to the customer network, a USB for printer and flash memory, and an RS232 for direct PC control and results analysis. Self-identifying hammers are mounted to the frame with a quick change connector and their speed is electronically measured by means of a magnetic, non-contacting encoder. Additionally, a transparent safety enclosure is fitted around the pendulum, making it very safe to use.

This version has a pneumatically operated hammer release and braking system as standard; hammer repositioning is executed by an on-board motor to enable faster throughput of results and make the system much easier to use, particularly when larger hammers are fitted. Additionally, a hold-up feature prevents the system striking unbroken specimens a second time during Izod tests.

This model is just as versatile as the motorized version, having many of the same options and conforming to many of the same standards. However, hammer repositioning on this system is done by hand, and the braking system is operated by the user. The hammer release, which is two-handed as standard, can be specified as pneumatic.

Impact properties are dramatically influenced by temperature. Plastic materials usually show brittle behaviour at low temperatures and a more ductile behaviour as the temperature increases. Finding a brittle-ductile transition temperature can be of critical interest for many polymer applications. Comprehensive impact characterization with tests at different temperatures becomes possible with the optional thermal conditioning devices: Crybox and Cryodispenser. 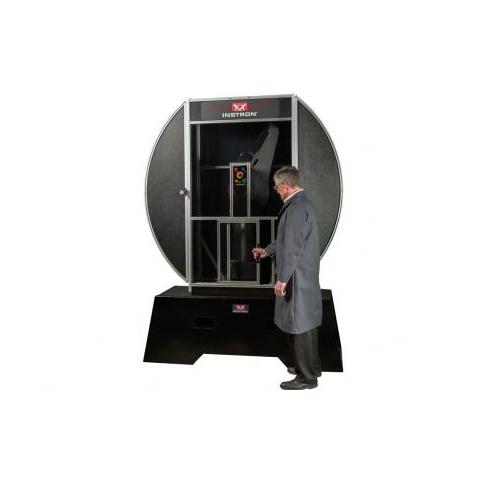 Available in capacities from 300 to 900 Joules, the MPX Motorized Impact Tester is easy to operate making it suitable for high volume test labs. Ideal for testing to Charpy and Izod standards, the system includes an integrated guard and safety control system that meets the stringent requirements for the European CE mark and for ISO 13849. Fracta™ Software for simple data acquisition and reporting of absorbed energy is included with the system.

Do you want to know more about Pendulum Impact Systems?

Please complete the form with your question/s and we will get back to you.